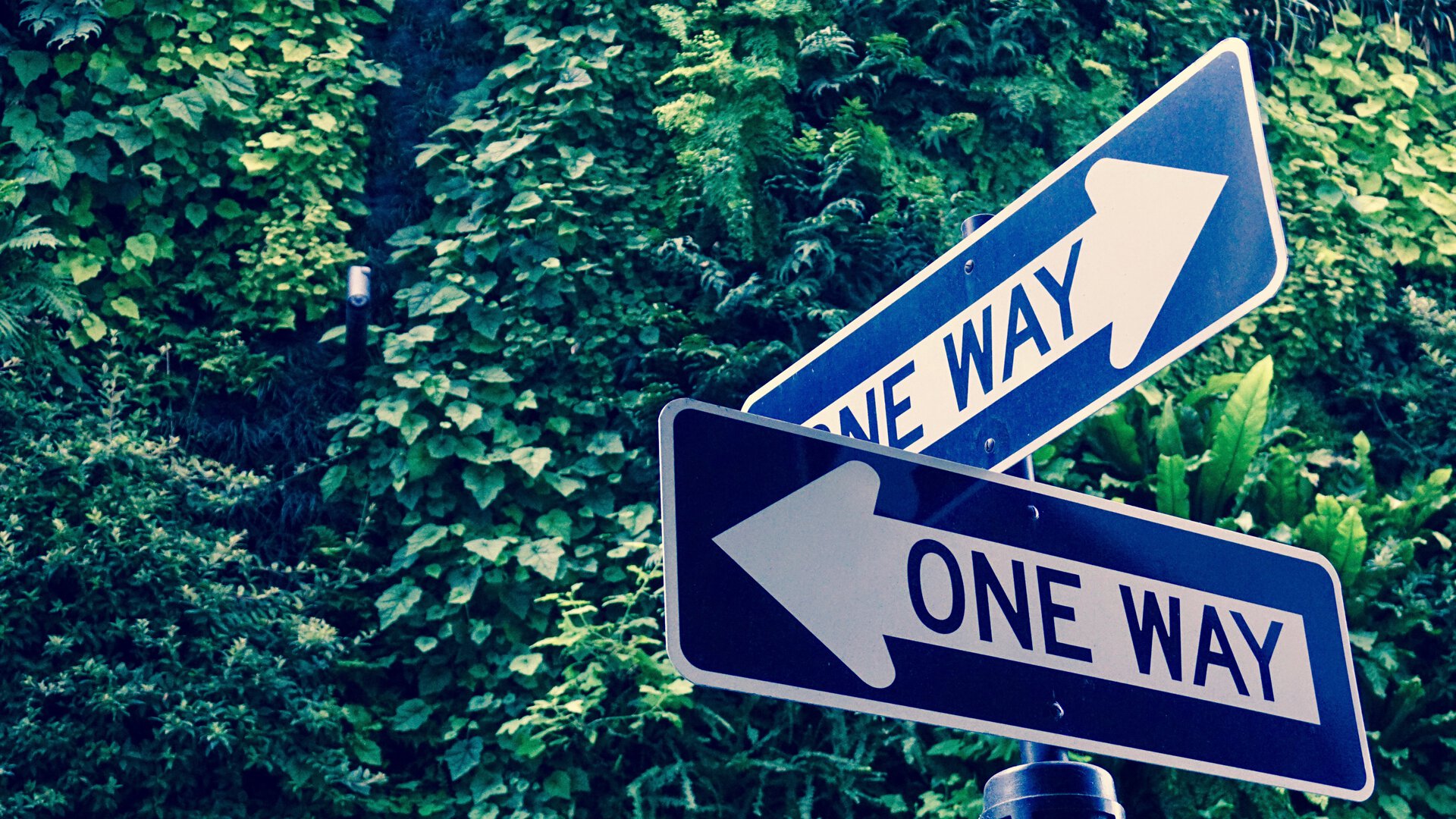 Nearly one year ago I stumbled upon this blogpost: Top 10 Android Libraries Every Android Developer Should Know About.

Initially, it looked like yet another top 10 android library list and I expected to know all the libraries already, but… not this time! That blogpost contained a surprise: Chuck, by Jeff Gilfelt.

Chuck is an OkHTTP inspector that allows investigating the ongoing HTTP(S) traffic showing all the details of every request & response. I generally love tools and libraries that can improve the Android Developer’s daily life. The idea behind Chuck was great so I gave it a try!

Apparently the project needed some refreshment: for instance, the READMEfile still suggested to use Gradle dependencies with the compile configuration (that was deprecated in 2017) rather than implementation.

The library appeared unmaintained on GitHub, with a lot of open unanswered issues and pull requests but no real activity on any branch.

After playing a little with it, I liked the idea behind Chuck!

I generally use Charles to inspect the network traffic of my app with a proxy on my computer. Unfortunately, Charles can be sometimes annoying to configure. It requires you to set up a Proxy on the Android device and a SSL certificate on the device.

Chuck is a great to streamline this process and to easily investigate what the app is doing on the network. On the other hand, depending on unmaintained libraries is not ideal.

Looks like I was not alone with this idea as already two forks of Chuck were available out there:

Olivier directly reached out to me and asked me if I would love to join his project and I couldn’t say no! We renamed it and ChuckerTeam/Chucker was officially born 🐣.

After months of open source work, we’re finally releasing Chucker 3.x, the next major release of Chucker. Let’s see how to use it and what this new release will bring to developers.

How to use it

To use Chucker you just need to add those lines to your gradle build:

And add the interceptor offered by the library to your OkHTTP client:

That’s it! 🎉 Chucker will now record all HTTP interactions made by your OkHttp client.

Chucker 3.x comes with a lot of new features and improvements that will hopefully improve your developer experience. Moreover, we updated the library to be aligned with the state of the art of the Android ecosystem in 2019.

We have converted the public API of Chucker to 100% Kotlin 🎉 You can now use named parameters and default values to easily configure a ChuckerInterceptor like this:

Moreover, the public API of Chucker is now isolated inside the com.chuckerteam.chucker.api package. On classes inside this package, we are following strict semantic versioning. Expect a major version bump if a breaking change is going to be introduced in those classes.

Classes inside the .internal package are part of the implementation internals and are not part of the API surface. Don’t use them as they might be broken at any time.

We’ve updated the ORM used by the library to store traffic information. Historically Chuck used to use Cupboard, a great ORM for Android written by Hugo Visser.

Cupboard is also not updated since 2016 and it was time to migrate to something more up to date. Chucker is now using Room. If you don’t know Room, it’s one of the Android Architecture components from Google and it allows to abstract over the local SqLite database.

The UI of the library was fully revamped. Time to say goodbye to good old RelativeLayout and replace them with ConstraintLayout. Moreover, we polished the color palette and updated the library logo to resemble Chuck’s logo and palette (after all this is just a fork).

If you’re worried about pulling in too many dependencies inside your final APK (Room, ConstraintLayout, etc.), you don’t have to worry. Those dependencies are defined only inside the library artifact. Your release APK will be built using the library-no-op artifact that contains no dependency at all.

Chucker 3.x is not only about updating external dependencies. We’re also shipping some new features:

Throwables ☄️ You can now use Chucker to collect and display Throwables that are fired from your application. To inform Chucker that a Throwable was fired you need to call the onError method of the ChuckerCollector (you need to retain an instance of your collector):

Throwables will also be shown in a push notification and are available under the Error tab in the Chucker UI. 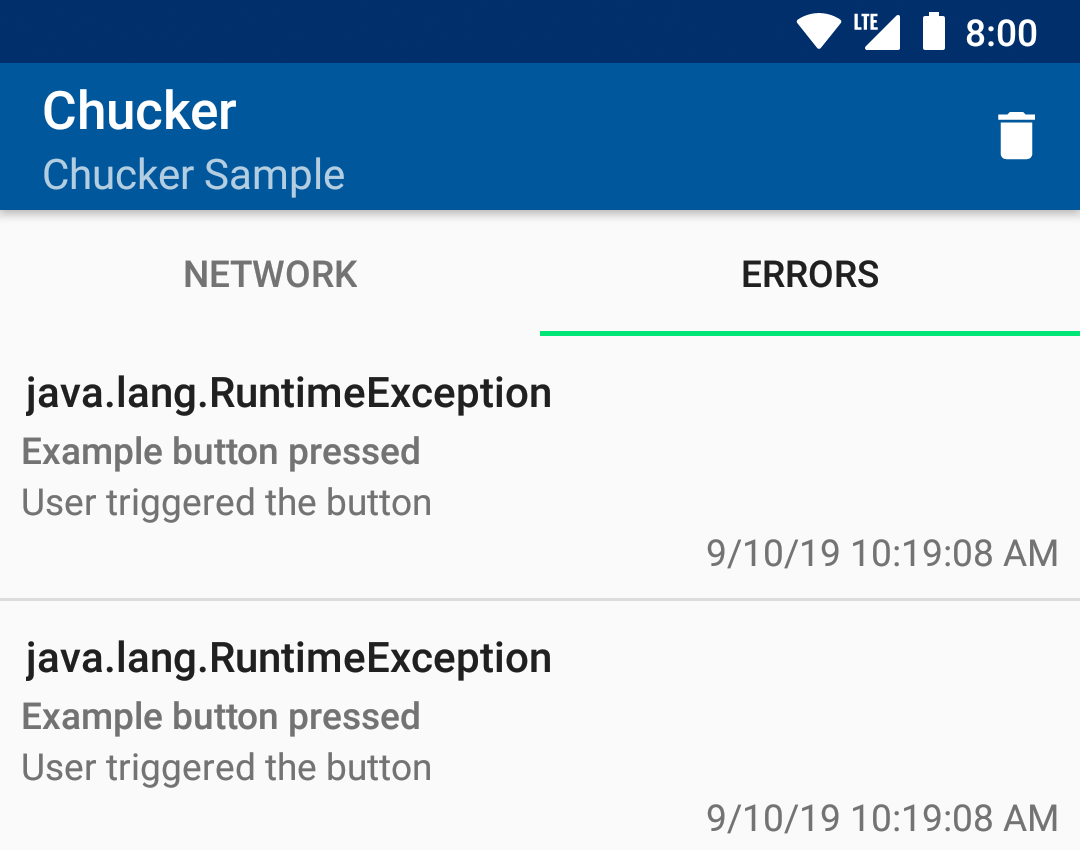 Images 🖼 contained inside the body of HTTP responses will now be rendered! A lot of HTTP traffic generated by our Android app is actually fetching of images. Now you can now get a preview of what every image looks like to help debugging potential problems. 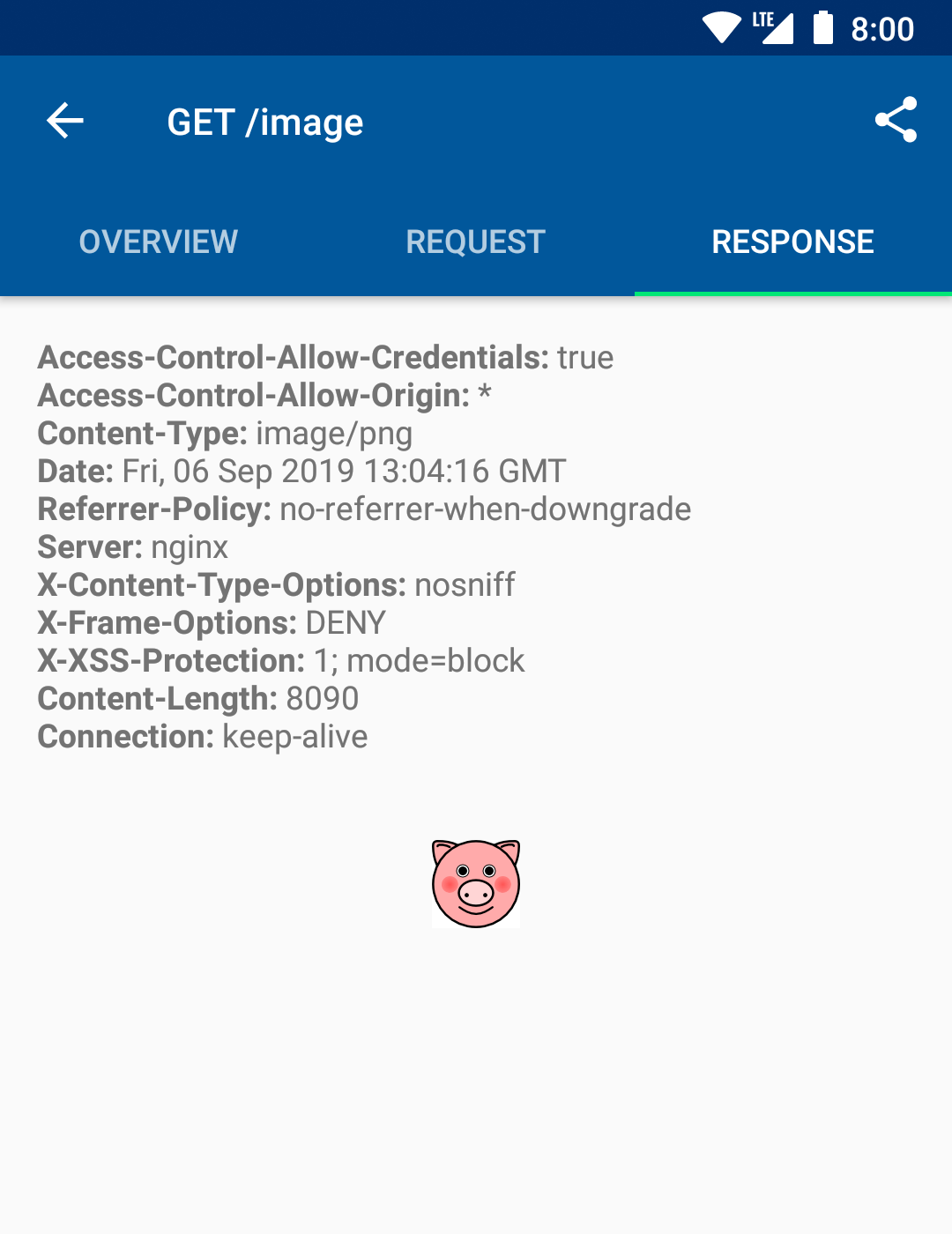 We added the support to search 🔎 inside the body of plain/text HTTP requests. This can be helpful if you’re receiving a big JSON response and you’re interested in checking a specific field. 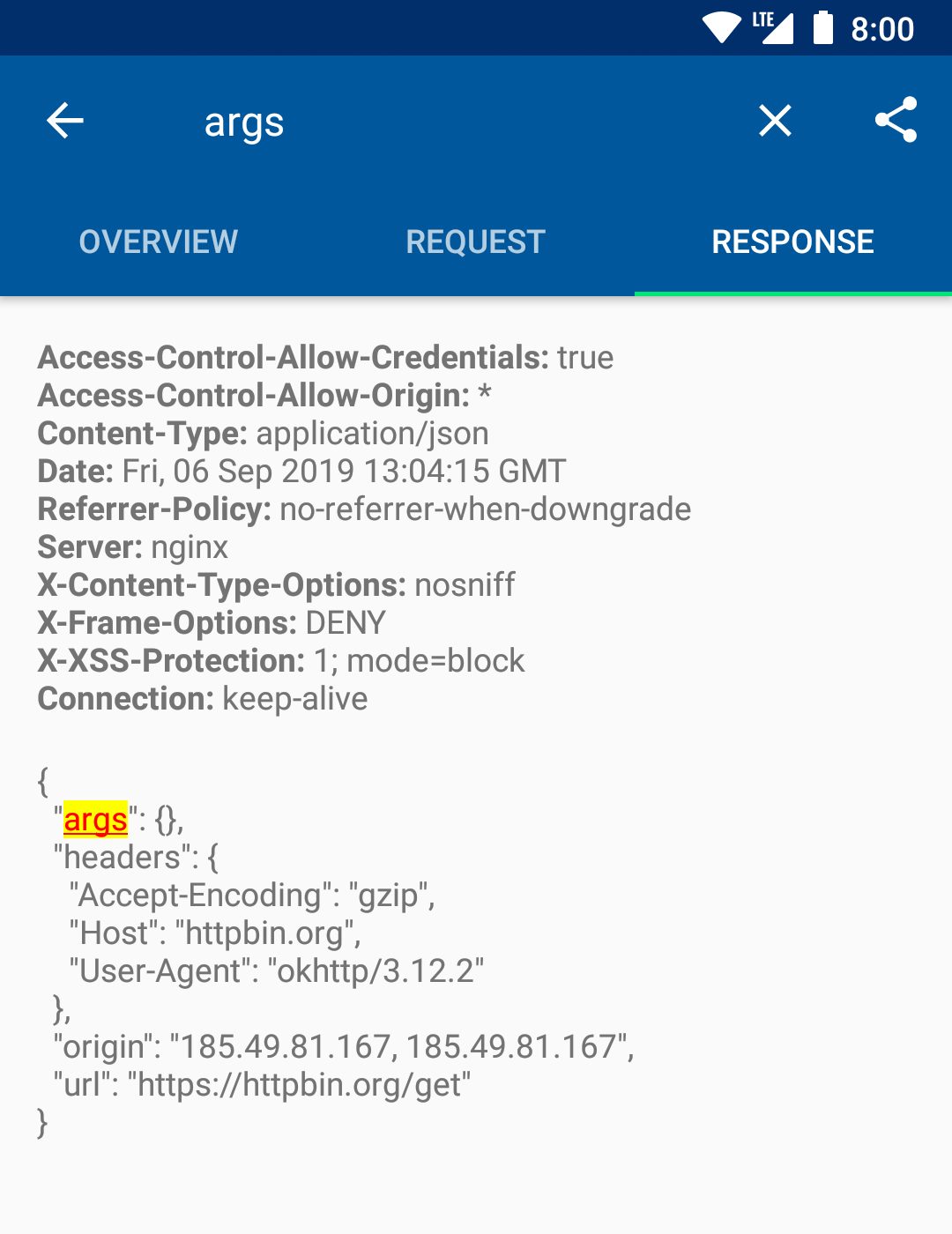 Please try Chucker and give us feedback, we’re looking for more contributors!